The New Patriotic Party (NPP) Member of Parliament for Assin Central has bemoaned the current bickering in the ruling party. 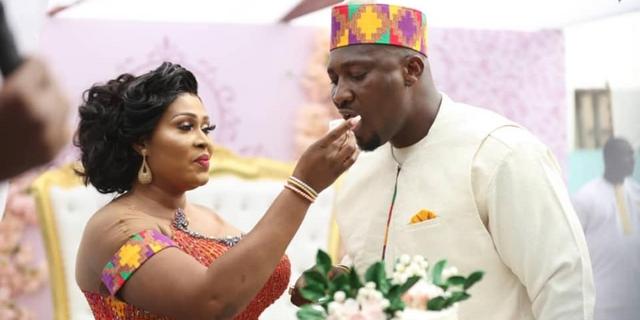 Citing an example in Afia Akoto, a former Deputy Executive Secretary of MASLOC; he said her sack was untenable.

“I’m told Afia Akoto has been sacked from MASLOC. They say she got married to an NDC man so they sacked her,” he said on Accra-based OMAN FM.

The legislator believes that the party’s action against members will be detrimental, stressing that there is the need for something to be done about the situation.

He noted that members of the party are peeved by the actions of the party and are rather preaching against the party – a move he believes will not go well for the party if nothing is done about it.

She was appointed the Deputy Executive Secretary of MASLOC by President Nana Addo Dankwa Akufo-Addo in 2017.

As part of the 11th edition of the Central Music Awards, Heritage Promotions, the organizing team introduced four (4) new categories to the scheme of which included the “BEST BRASS BAND OF THE YEAR “.

The “Best Brass Band” Category was introduced to recognize, celebrate and award hardworking Brass Band Groups in Central Region which are contributing to the promotion of central music.

In view of this, the organizing team for the 11th edition of the Central Music Awards is set to host a mega Brass Band Challenge between ADOM MYSTERIOUS BAND & CAPE VIBES BAND during the Black Carpet session before the main event.

This makes the Central Music Awards the first Regional Awards Scheme in Ghana to introduce a Brass Band Challenge at it’s event night.

According to the organizing team, the 11th edition of the scheme is slated for Saturday, November 26, 2022 at the Glitz City Hotel, Danicom School at Pedu behind Hutchland City in Cape Coast.

The Black Carpet session begins at exactly 7PM with the main event scheduled at 9PM.

The organizing team anticipates about 2000 attendees for this year’s Award celebration.

Attendees are advised to purchase advance tickets or at the gate at a cool rate of GCH 30  Regular, GHC 50 VIP and GHC 100 VVIP.

Come all to experience the glitz and glam at the Black Carpet with exclusive photoshoots with your favorite celebrities and brass band thrills.

Cape Coast based Actress & Comedian, Effua Nkoso has been announced as the BLACK CARPET MC for the 11th edition...

Enner Valencia Nets a brace against hosts Qatar The first World Cup opener held today in the Middle East were...

All set for UMB GTA Nominees Jam and Music Festival (House Party) Accra, the capital of the Republic of Ghana...